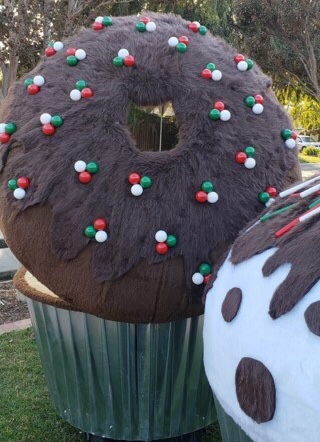 Built by Ed and Lora Hendrix, this cupcake was one of the ones originally built for the Christmas Parade, so we stayed with the Christmas color theme.

We used the same concept as Tom Hsiu’s car as it was simple and easy to make. Originally, it was built using one razor scooter and balance wheels, but we didn’t feel complete stability so we changed up the design and went with a tricycle version with balance wheels and it felt much safer.

The topping went through 4 versions till I settled with the sprinkles. Since this picture was taken, more sprinkles were added.

Theme by Anders Noren — Up ↑